I came across the concept of ‘Phantom Power’ as a teenager when I was doing some market research to purchase my first ever microphone. Although I ended up buying a condenser mic as my first, like everybody else just beginning to learn about microphones, I too had the same question in my mind.

In this article, I will explain the concept of phantom power in detail and how it affects both condensers as well as dynamic microphones. If you are a beginner and have just started your music recording journey then I highly recommend going through this entire article.

What is Phantom Power?

Phantom power is the method of providing DC (Direct Current) to the microphones to power their active circuitry. This direct current is required to power the diaphragm and mic’s internal amp, which makes the microphone work.

When phantom power is turned on, the current is sent through the XLR cable and delivers the voltage necessary to power the microphone.

The standard phantom power is +48 Volts DC and is typically what you’ll get from professional phantom power sources such as the microphone preamplifiers, mixing consoles, audio interfaces, and standalone phantom power supplies.

There are no dedicated power cables for phantom-powered mics. Rather, the mic is powered via the same cable that carries the audio signal.

Dynamic microphones don’t need phantom power because they generate their own current. The diaphragm of a dynamic mic is attached to a metal coil suspended between two magnets. When sound waves hit the diaphragm, it makes the coil move up and down between the magnets generating electricity.

This simply means that the coil in dynamic microphones is capable of producing much more current than a condenser microphone, so their signal does not require phantom power for amplification.

I recommend buying a good quality preamp to boost your microphone’s gain.

The Focusrite Scarlett 2i2 is an amazing digital audio interface that provides impressive pro-quality sound and ease of use that makes it a great choice for new and experienced recording enthusiasts alike.

Focusrite Scarlett 2i2’s Air feature captures detail, ambiance, and a real sense of space that I previously was only able to achieve by renting thousands of dollars worth of preamps and outboard gear. In short, I highly recommend it. 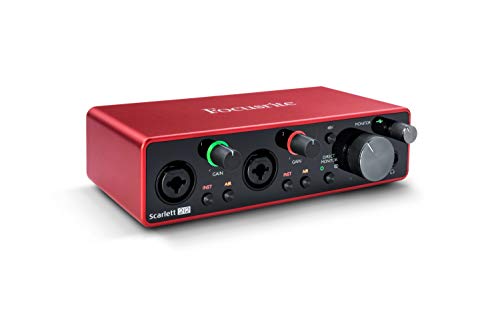 Although most dynamic mics do not need phantom power to work, there are a few notable exceptions. Active dynamic microphones are rare but they use external power and work well with phantom power activated.

These microphones can work independently or with the assistance of a battery. They incorporate internal circuitry and a special transformer that increases the mic’s output level while maintaining a constant impedance over the entire wavelength. The active ribbons require the regular 48-volt phantom power to run.

This is because of the way the power flows through the pins of an XLR cord. A normally working mic and cable will not result in a dynamic mic being damaged by having phantom power turned on. However, if there happens to be an imbalance in the amount of phantom power voltage being applied to each pin, the power can damage or destroy a dynamic mic.

That said, I will still advise you to check your mic’s user’s manual or consult with the manufacturer first before connecting, particularly if you have a ribbon microphone.

Also,  you should turn phantom power off while plugging and unplugging microphones to prevent any potential power surge and general pops and loud noises, which could damage your speakers/headphones over time.

Condenser microphones need phantom power to work as they have active electronics. The amount of phantom power required can vary from 9V up to 48V DC. However, some very low output dynamic mics such as the Shure SM7B may also need a signal boost and phantom power through a preamp.

Condenser microphones use a pair of charged metal plates, one fixed (the backplate) and one movable (the diaphragm), forming a capacitor.

The diaphragm detects subtle variations in air pressure, which make up the sound of the room, vocal, or instrument being recorded. As the sound waves vibrate the diaphragm, the varying distance between the diaphragm and the backplate causes the voltage across the capacitor to change.

To obtain a signal, condenser microphones require an electrical current to charge the plates. This current can be provided in multiple ways and it is sent down the microphone cable itself. This process of providing power to the mic is called phantom power.

How To Know If A Mic Needs Phantom Power?

At their simplest, dynamic mics have their capsules, which convert sound waves to electrical signals via electromagnetic induction, and an output transformer to step up their signal before the output.

Since there are no components in these microphones that require power, that is why they are known as “passive microphones.”

On the other hand, an active microphone or a condenser microphone contains one or more components that require power to function properly.

Note that not all condenser microphones run on phantom power. DC bias and external power supplies are also common, depending on the type of mic.

How Does Phantom Power Affect The Sound of a Dynamic Mic?

Phantom power will negatively affect the sound of a dynamic microphone. Due to the low-voltage requirements of dynamic microphones, adding phantom power to the channel that they are plugged into will cause a surge, which could potentially generate electrical buzzes and hums that are undesirable in a recording or a live performance.

If you turn phantom power on when a dynamic microphone is plugged in, you will probably experience a sharp popping sound that is sent through the monitors.

This sound is caused by the sudden surge in voltage. To protect your monitors, interface, and other equipment, it’s important to keep phantom power turned off when using a dynamic microphone unless it is required.

Does Phantom Power Increase The Volume Of A Dynamic Mic?

Phantom power simply provides power to the microphones, but it does not increase its volume.

The supply of phantom power to dynamic microphones is likely to create additional noise, but the volume is unlikely to be affected. Likewise, line-level instruments won’t receive an increase in volume when subjected to phantom power and are actually at risk of being damaged by it in some cases.

You can minimize the risk of microphones being damaged by the increased surge in voltage of phantom power by making sure that you plug the microphone in before turning on the phantom power.

Also, be careful when using line-level devices, such as instruments, with phantom power turned on. Keyboards or effects pedals may be damaged by the increase in voltage, and phantom power is not designed to interact with these device’s inner circuitry. 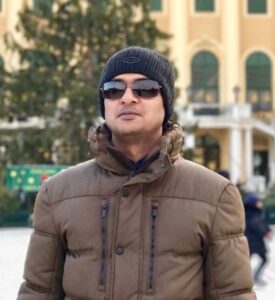 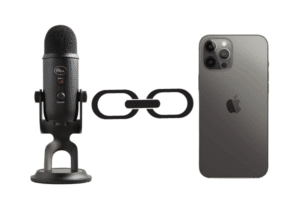 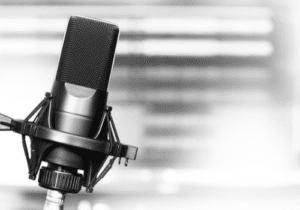 8 Factors To Consider When Choosing A Condenser Microphone 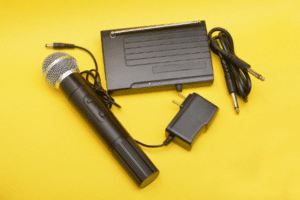